Head of the Project:
Dr. Galit Ben-Israel
As computers and the internet become an essential part in a man’s life, the danger in terms of terrorism aggravates. Nowadays we rely upon computers in each domain of our life: media, financial services, health issues etc. We use computers in order to collect essential and important information such as medical prescriptions, business plans or even criminal cases.
Even though we significantly rely upon computers there is no doubt that it can be used improperly and on purpose. Groups or individuals can use Cyber-Terrorism in order to threaten governments or to terrify civilians. Breaking into computers can easily become terror where a person hacks into a government’s or an army’s computer system.
“The terrorist of tomorrow can achieve a whole lot more through a keyboard than with a bomb”. The fear of people in the 21st century of a random damage in terrorist actions is integrated with their phobia of computers and technology and this creates Cyber- Terrorism.
The most essential requirement for Cyber- Terrorism is the power of calculation. It is about cracking the most complicated codes, which are used as a protection of equipped information systems. This is one of the reasons for which the Americans are trying to supervise the dispersion of super-computers. However, as with the non-conventional weapon, it is the disruption of the U.S.S.R that caused alarming deficiencies. The Russians admit that the super-computers that were being used by them are available today in unknown places. Besides super-computers, as opposed to the atomic bomb, can be built. A number of Russians who came to New York have managed to build this kind of computer from components that they bought in used computers shops. It is not that easy, but it is definitely not impossible for a country or an organization that really wants it.
Cyber-terrorism consists of a possibility that an entity or organization driven by political terror or criminal activity will use the tools of informational warfare for the purpose of destroy of the vital systems of a certain state or states. This demolition of the vital systems, either governmental, security, economical or purely public has a potential to cause a knock-down effect and can become a crucial threaten to the world security. Cyber-terrorism is probable today because the entire world is “connected”. Even those organizations which create separate systems, which are not connected to the external network, can be exposed.
Special equipment devices do recognize electro-magnetic waves send from any electrical device or by a line transmitting data and can connect to them from any outside spot. The U.S. Defense Forces started to develop a protective system against this kind of devices (project called “Tempest”), but the way is still long to go. Today the majority of IT specialists confirm, that it is very unlikely, however, not totally impossible, to create a hermetically closed systems of information. The great failure in this task is usually not a technological, but rather ‘a human factor’ as more people are exposed to the sensitive information and can pass it to the undesired hands.
Terrorism and the Internet
1. United States Institute of Peace
2. IEEE Computer Society
3. Computer Crime Research Centre http://www.crime-research.org/analytics/Krasavin
4. Information Age Terrorism: Toward Cyber-terror (Paper) http://fas.org/irp/threat/cyber/docs/npgs/terror.htm
5. Perspectives on Terrorism http://www.terrorismanalysts.com/pt/index.php?option=com_rokzine&view=article&id=50
6. Rand Corporation http://www.rand.org/
7. School of International Relations
Centre for the Study of Terrorism and Political Violence (CSTPV) University of St Andrews
http://research-repository.st-andrews.ac.uk/handle/10023/234
They are offering an internet diploma in terrorism studies
Participating Institutions of the Terrorism Research Initiative
Athena Intelligence, Spain. http://www.athenaintelligence.org/
Center on Terrorism, John Jay College, USA.
Centre for the Study of Terrorism and Political Violence (CSTPV), University of St. Andrews, Scottland. http://www.st-andrews.ac.uk/~cstpv/
Centre for Transnational Crime Prevention (CTCP), University of Wollongong , Australia.
Consortium for Strategic Communication, Arizona State University, USA. http://www.comops.org/
Global Terrorism Research Centre (GTReC), Monash University, Australia.
International Centre for Political Violence and Terrorism Research (ICPVTR), Singapore.
International Center for the Study of Terrorism, Pennsylvania State University, USA.
Institute for National Security and Counterterrorism, Syracuse University, USA. http://insct.syr.edu/
The Institute of International and European Affairs, (IIEA),Dublin, Ireland, with a branch in Brussels.
Jebsen Center for Counter-Terrorism Studies, Tufts University, USA. http://fletcher.tufts.edu/jebsencenter/default.shtml
Pak Institute for Peace Studies (PIPS), Islamabad, Pakistan.
Research Institute for European and American Studies (RIEAS) , Athens, Greece. www.rieas.gr
Research Unit, Political Violence, Terrorism and Radicalization, Danish Institute for International Studies (DIIS), Denmark.
University of the Pacific, School of International Studies, USA.
University of Wisconsin Oshkosh Institute for the Study of Religion, Violence and Memory, USA.
Categories: Cyber Security
Tags: cyber safetydigital identitiesdigital securityfaked identitiesinternet safety 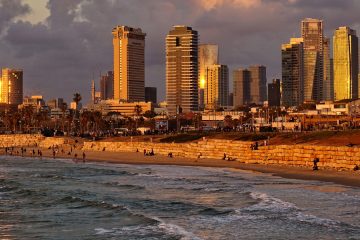 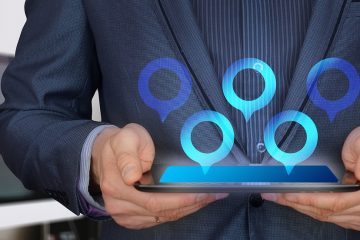 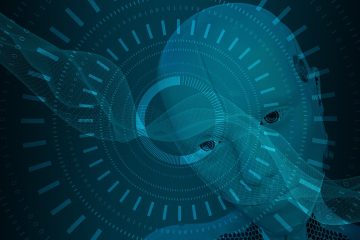 The emergence of the knowledge economy emphasized the importance of learning throughout the world. Ideas and know-how are sources of economic growth with important implications on how people learn, create and apply knowledge throughout their lives. INVESTMENT Read more…